Most Common Snapper Fish in Orange Beach is the Red Snapper

OTHER NAMES: North American, Red Snapper, Genuine Red, Snapper, Pargo Colorado
RANGE: A temperate fish rather than tropical, the Red Snapper is rare in South Florida, although caught occasionally. It is standard bottom-fishing fare, however, offshore of the Atlantic Coast from about the center of the Peninsula northward, and in deep waters of the northern Gulf.
HABITAT: Along the Panhandle, Red Snappers are sometimes found in fairly shallow water off the beaches, and even in deep holes of the larger bays. Off the Peninsular Gulf Coast, however, few Red Snappers are found close enough to shore to merit a one-day effort; most offshore Snappers along that part of the coast are Grays.
DESCRIPTION: Overall rosy red. Canine teeth less prominent than those of most other Snappers. Red eye. Anal fin is triangular. The Caribbean Red Snapper, Lutjanus purpureus, is very similar in appearance and is found in the northwest and central Caribbean.
SIZE: Common from a pound or so to about 6 or 8 pounds. Usual maximum is about 20 pounds, although the Red Snapper can rarely run as high as 30 or 40 pounds. World record 50 pounds, 4 ounces; Florida record 46 pounds, 8 ounces.
FOOD VALUE: Excellent at all sizes.
GAME QUALITIES: A hard-fighting fish that uses strong, head-shaking tactics rather than long runs.
TACKLE AND BAITS: Some Red Snapper spots in fairly shallow water, say up to 50 or 60 feet, permit the use of light ocean tackle, or even heavy spinning and baitcasting tackle. Much Snapper fishing, however-trips from Panhandle ports requires deep drops in strong currents. This means that only very heavy rods and strong lines of 50- or 80-pound test can handle the heavy weights needed to do the job. As for baits, dead Cigar Minnows, Pilchards or cut fish and squid do well at times, although in heavily fished spots (which most are these days) it will probably be necessary to use live small baitfish to coax bites from Snappers of decent size.
FISHING SYSTEMS: Casting; Drifting; Still Fishing.

OTHER NAMES: Mangrove Snapper, Black Snapper, Mango, Caballerote
RANGE: All Florida, the Bahamas and Caribbean.
HABITAT: Juveniles are seasonally
present in nearly all shallow waters and coastal estuaries of Florida, and are
plentiful throughout the year in the
southern half of Florida, the Caribbean and the Bahamas. Upon reaching a size of 10 or 12 inches, nearly all Gray Snapper switch their homes to deeper waters and are fished mostly over coral reefs,
artificial reefs, wrecks and Gulf ledges, although big ones can also be caught in deep channels and passes along the coast. In the Panhandle, the bigger fish of deep water are called Black Snapper.
DESCRIPTION: Gray or greenish above and light on the underside, usually with an overall reddish hue that can range from coppery to bright brick red. Obvious black line runs from the snout through the eye to just below the dorsal fin. This line darkens when the fish feeds or gets excited.
SIZE: Few surpass 1 foot inshore, but Grays can average 2-6 pounds in deep water, and reach perhaps 20 pounds or more. World and Florida records 17 pounds.
FOOD VALUE: Excellent up to a pound or so. Large ones are stronger in taste but still very good.
GAME QUALITIES: The little fellows can be easy to catch on dead shrimp or cut bait, but as they grow they become more difficult to fool. It’s generally necessary to trim down the size of hooks, leaders and terminal tackle. When hooked, Gray Snappers make strong runs, then wage a bulldogging battle all the way to boatside.
TACKLE AND BAITS: Inshore spinning and light baitcasting rigs are best and should be baited with live shrimp, live minnows, fiddler crabs, cut shrimp, cut squid or cut baitfish. Many inshore Grays are also caught on lures, along mangrove shorelines or around snags. Surface plugs and popping flies often catch Grays, as do jigs and small shrimp flies or streamers. Offshore, heavier spinning and baitcasting tackle, and light ocean tackle, are called for. Best baits are live small fish, such as Pilchards and Sardines, live shrimp, cut squid, cut crab and cut fish.
FISHING SYSTEMS: Casting; Drifting; Still Fishing. 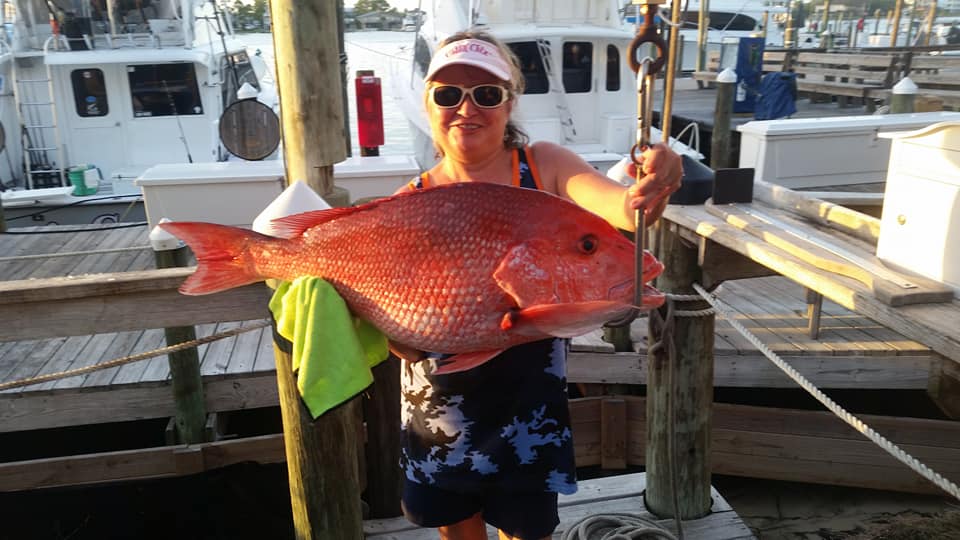 Amberjacks, Triggerfish, King, All Snapper, Spanish Mackerel. We have every type of trip! 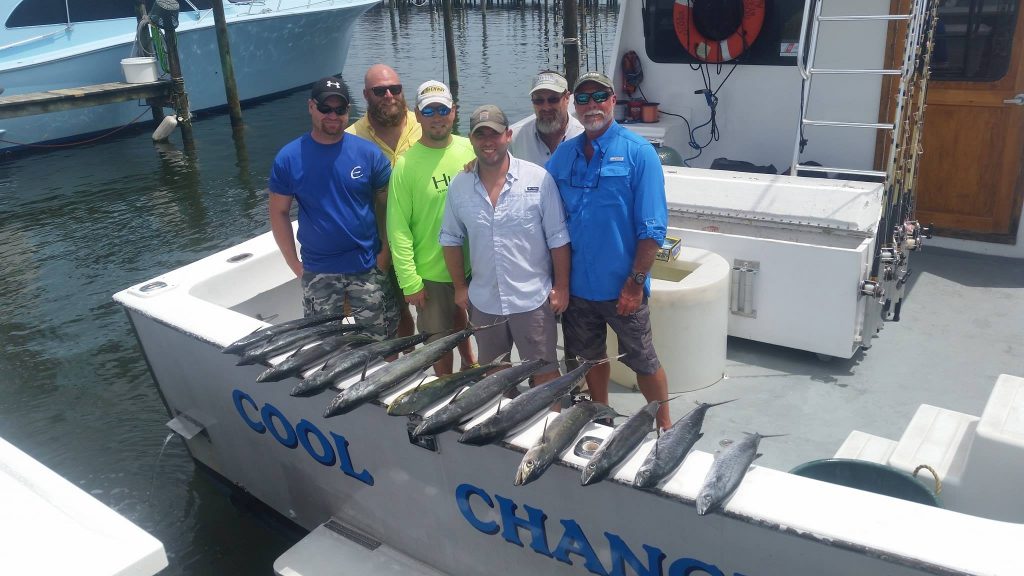 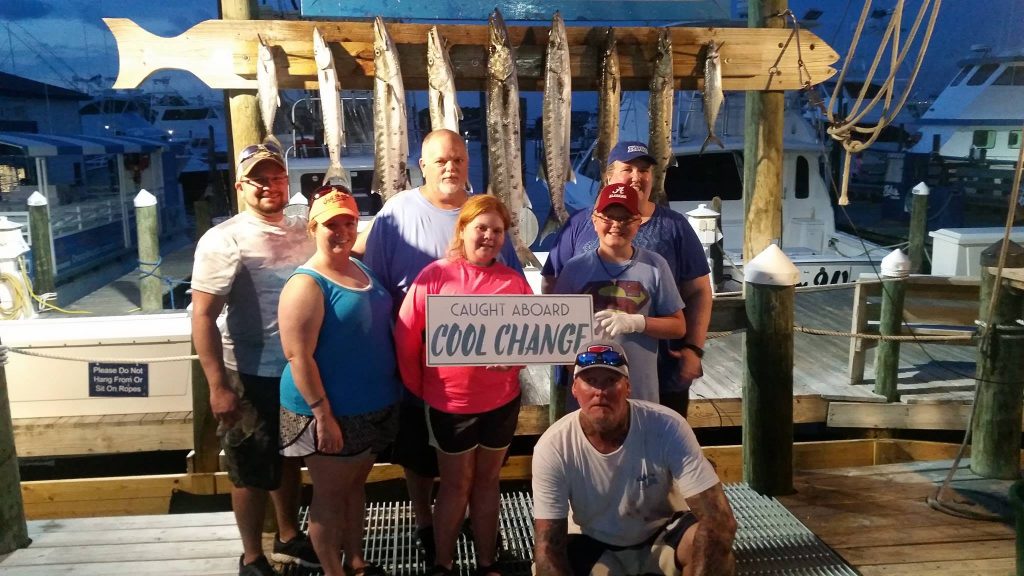